about how control of Congress will shake out.

In recent election cycles, it’s been fairly common for the battle for the House to be somewhat pre-ordained, easily predictable by a glance at the so-called “fundamentals”: the president’s approval rating, the state of the economy, etc.

In 2018 and 2020, FiveThirtyEight’s House forecasts never really wavered in their assessment of who would win control of the chamber, only becoming more certain of the answer as Election Day grew closer.

This year, though, the site’s forecast has become steadily less certain as time has marched on, with Republicans going from 86% odds of winning the lower chamber in June to 69% odds now, the difference between being heavy and slight favorites. Democrats have more than doubled their odds of keeping the House, now up to 31%. (For context, FiveThirtyEight put Donald Trump’s odds of victory at 29% on Election Day 2016. That doesn’t necessarily point to a flaw in their forecast. It just goes to show that sometimes things with 3-in-10 odds happen.)

The Senate forecast has also been unusually turbulent, going from 60% odds of Republican control in June to 67% odds of Democratic control today, almost a complete flip-flop.

Nate Silver, FiveThirtyEight’s editor-in-chief, and his fellow pundit Nate Cohn, the chief political analyst at the New York Times — aka “The Nates” — have taken to trading off writing “bull” and “bear” cases for both parties, as good a sign as any of the uncertain environment we’re living in. Without a clear narrative to draw on, pundits are simply running with both possibilities, just to be safe.

Case in point...Silver on 9/23: “The Polls Still Do Not Show A GOP Bounceback.” Cohn on 9/27: “Are Political Winds Blowing in Republicans’ Favor Again?” Silver on 9/30: “5 Reasons For Democrats To Still Be Concerned About The Midterms.” Cohn on 10/3: “It’s Time to Take Democrats’ Chances in the House Seriously.”

Or we could do it this way... There have been some recent signs that the summer of Democratic optimism is fading into an autumn bounceback for the GOP, with Republicans gaining ground in key Senate contests and some generic ballot polls.

➞ But:Monday brought a crop of negative headlines for Republican candidates, including reports that Georgia Senate nominee Herschel Walker paid for a girlfriend’s abortion in 2009 and that Pennsylvania Senate nominee Mehmet Oz’s research team killed 300+ dogs in experiments over the years.

➞ But: Oz announced this morning that his campaign brought in $17.2 million in the last quarter, including $7 million of his own money, a whopping sum.

➞ But: Democrats are sweating the Senate race in Nevada, a state they’ve won at the presidential level in every election since 2008.

➞ But: Republicans are worried about the Senate race in North Carolina, a state where they’ve won the presidential vote in every election except one since 1980.

➞ But: Polls are showing the top issues for voters are the economy and inflation, at the same time as the labor market is cooling, gas prices are rising, and the Fed might be pumping interest rates into a recession.

➞ But: A closer look at the polls show that abortion still outweighs the economy among Democratic voters, which could mean the two issues motivate each party’s base and balance each other out.

➞ But: What if those polls are undercounting Trump voters yet again?

I could go on, but I’m guessing you get the point. Pick whatever narrative you want: there are plenty of defenders (often with their own agenda!) and indicators for both.

If there’s any unified narrative I’d put forward from this mix of data points, it would be this: Results in individual races seem poised to be uniquely divorced from national trends this year, if only because there isn’t much of a national trendline (at least not an obvious one).

So don’t pay much attention to pundits trying to tell you which party is “up” or “down” across the board. Instead, you’ll be much better served by focusing on the candidates, dynamics, and relevant issues of each specific contest, rather than wasting time trying to detect a national momentum surge.

Of course, that’s always true to some degree: midterms are always a mosaic of hundreds of individual races, not one big contest. But usually, the “fundamentals” give us a pretty good way of painting with a broad brush and getting a sense of how they’re all moving at once. That’s less true this time (partly for reasons I laid out last week, and also here by Silver and here by Cohn).

In some ways, it makes sense for a country with a 50-50 Senate, evenly cleaved into “Red America” and “Blue America,” each with their own priorities and values. Even our pre-election narratives aren’t nationally shared anymore.

Something related to this phenomenon was flagged by NBC News this weekend: Ticket-splitters are playing a starring role in this campaign, as polls show voters in states like Georgia, Pennsylvania, and New Hampshire are leaning towards a “Democrat for one high-profile office and a Republican for another.”

Some pundits had declared the death of ticket-splitting in recent election cycles; its fiery return shows once again that candidate quality, not any national trends, is acting as a uniquely potent driver this year.

Another great example of this de-nationalization of the midterms came just this morning, when Politico updated its 2022 race ratings. They made changes to their ratings in 23 House races, 12 of which went in the Republican direction and 11 of which went towards Democrats.

Instead of all (or even mostly) moving in the same direction — as you might expect at this late stage in the campaign — the contests are all going in their idiosyncratic ways, almost exactly split down the middle. Try deriving a narrative from that!

➞ North Korea fired a ballistic missile over Japan for the first time in five years, sparking a rare emergency alert in parts of the country. The missile, which eventually crashed into the Pacific Ocean, marked the most provocative move yet by Kim Jong Un in a year full of them. He has launched more missiles — 23 — this year than any since taking office.

➞ Ukrainian troops are pushing back after Russia’s claims of annexing four Ukrainian regions, retaking one town in the supposedly annexed areas and driving Russian troops into retreat in other parts of the territory Moscow now claims to control.

➞ The Supreme Court made a flurry of moves on its first day back for a new term. The justices announced plans to hear a pair of cases on social media moderation that could have huge consequences for free speech on the Internet, declined to squash a lawsuit against MyPillow CEO Mike Lindell, and left in place a Trump-era ban on bump stocks.

Meanwhile, in her first oral arguments on the bench, Justice Ketanji Brown Jackson made clear that she’ll be an active questioner. Jackson jumped in less than 10 minutes into the arguments and even posed a question during the period of closing arguments when lawyers are typically allowed to speak without interruption.

AT THE WHITE HOUSE: President Biden and Vice President Harris will receive their daily intelligence briefing (10:15 am), have lunch together (12 pm), and then attend and deliver remarks at the second meeting of the White House Task Force on Reproductive Healthcare Access, which Biden formed after the Supreme Court’s Dobbs decision (3:30 pm).

IN THE COURTS: The Supreme Court will hear oral arguments in Arellano v. McDonough, a case on veterans benefits (10 am), and Merrill v. Milligan, a major racial gerrymandering case (11 am).

ON THE HILL: The Senate (10 am) and House (12 pm) will both convene for pro forma sessions, although no legislative business will be conducted at either. Neither chamber is scheduled to hold votes again until after the midterm elections in November.

Here’s something fun: The Onion, “America’s finest news source,” filed an amicus brief with the Supreme Court on Monday. (Amicus briefs are filings that allow outside parties, known as “friends of the court,” to weigh in on pending cases.)

As the nation’s leading parody publication, The Onion filed a brief on behalf of Novak, standing up for satirists everywhere. Actually, according to the filing, The Onion is “the world’s leading news publication,” currently read by 4.3 trillion readers. (Not really.) The brief even drops a few Latin phrases: “The federal judiciary is staffed entirely by total Latin dorks,” it explains.

Read the 23-page filing here. Here are some excerpts: 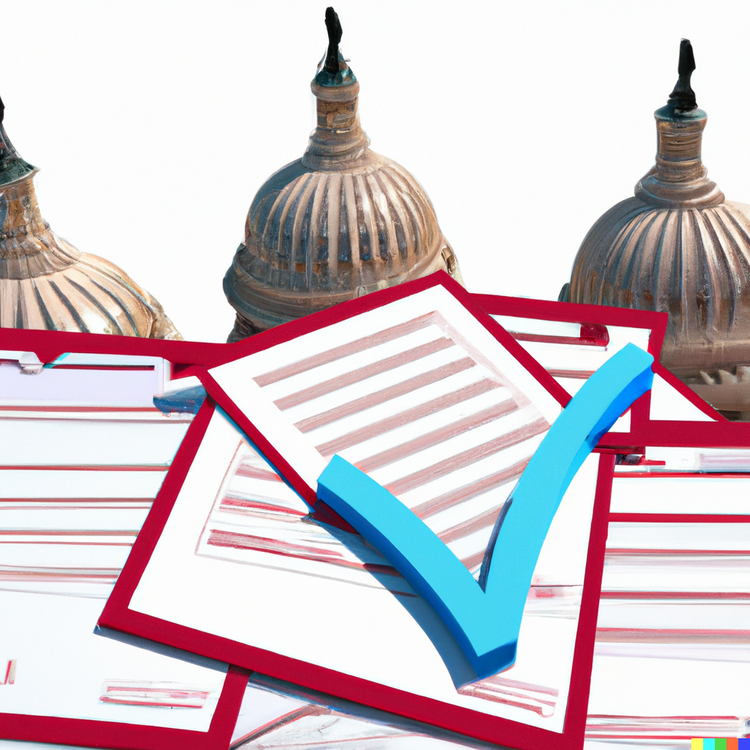