Welcome to the end of another week. Here at WUTP, that means we take a look at what your leaders in Washington are up to and break down the actual progress that got done this week.

This week, that includes everything from a bipartisan bill extending disability benefits to police officers struggling with PTSD to the FDA’s historic move to make hearing aids available over the counter. And a whole lot more.

In the past few days, there has been a crop of articles at other outlets catching on to how much Washington has been getting done lately — largely on a bipartisan basis.

“Congress Is Shooting for the Moon, and Getting Close,” a New York Times columnist declared.

Of course, it’s not more than you realize, since you’ve been reading WUTP’s weekly recaps of the latest policy progress in D.C.

If you appreciate my work — and the ability to hear about these important government actions before other news outlets have caught on — it’s always appreciated in turn when you donate to support WUTP or even set up a monthly donation to ensure the newsletter can stay free for all.

You can also visit the WUTP store to buy some newsletter swag, or forward this email to your friends to spread the word about WUTP.

Thank you so much for reading and for your support. Now, let’s dive in:

>> The Inflation Reduction Act, which Democrats passed through the reconciliation process after more than a year of intraparty negotiations.

According to the White House, the package will bring down prescription drug costs for 5-7 million Medicare users, lower health care premiums for 13 million Americans, allow 7.5 million more families to install solar panels, and lead to the production of 120,000 more wind turbines.

Despite its name, the measure is not expected to have any substantive impact on inflation.

>> The Public Safety Officer Support Act, which will extend disability benefits to law enforcement officers struggling with post-traumatic stress disorder (PTSD) and death benefits to survivors of officers who die by trauma-related suicides, such as the four officers who took their own lives after responding to January 6th. Such benefits are currently only available to officers who suffer physical — not mental — injuries.

>> The TBI and PTSD Law Enforcement Training Act, which will require the Justice Department to develop training for first responders to recognize and assist people suffering from PTSD or traumatic brain injuries.

>> The Food and Drug Administration finalized a new regulation that will allow hearing aids to be sold over the counter. The devices, which are not covered by basic Medicare, previously required costly medical exams and a prescription; federal officials estimate that the change will save Americans about $2,800 per pair of hearing aids.

The historic rule, which followed an executive order from President Biden and received bipartisan praise, is slated to allow over-the-counter hearing aids to be available in retail and drug stores as soon as October. The announcement

>> The Department of Health and Human Services began to distribute 442,000 new monkeypox vaccine doses, and announced that 1.8 million additional doses will soon become available. HHS also announced that 50,000 new courses of monkeypox treatment will be made available to patients.

The agency also launched a pilot program to provide additional vaccine allocations to states and cities hosting large events that attract gay and bisexual men in the coming months; the virus is known to transmit overwhelmingly among men who have sex with men. The announcement

>> The Education Department canceled all remaining federal student loan debt for borrowers who attended ITT Technical Institute, a for-profit college that was shut down after it was found to have been defrauding students. The new cancellation will erase $3.9 billion in student loan debt, impacting 208,000 borrowers. The announcement

>> The State Department announced a $68 million contribution to support the purchase, transport, and storage of up to 150,000 metric tons of Ukrainian wheat. The move is aimed at alleviating starvation in the Horn of Africa, which is suffering from drought and a slowdown of Ukrainian grain exports during the war.

>> The U.S. Trade Representative launched new trade negotiations with Taiwan, a sign of support for the island amid rising tensions with China. The announcement

>> The White House Office of National Drug Policy issued about $12.4 million in grants for 99 new coalitions across the country set up to educate young people about the dangers of abusing prescription drugs, marijuana, tobacco, and alcohol. The announcement

— Trump investigations. Federal magistrate judge Bruce Reinhart suggested Thursday that he may order the release of parts of the affidavit used by the FBI to justify the search warrant it executed at Mar-a-Lago last week.

The Justice Department did not want to release any of the affidavit released, while a consortium of news organizations are pressing for it to be unsealed in full. Reinhart struck a middle ground, ordering the DOJ to propose redactions by next week so some parts of the document could be made public.

— Midterm elections. Senate Minority Leader Mitch McConnell (R-KY) acknowledged Thursday that there is a “greater likelihood” that Republicans retake the House than the Senate in November, citing “candidate quality” issues that have plagued the Senate GOP.

What’s going on in Washington today

President Joe Biden is on vacation in Wilmington, Delaware. He has nothing on his public schedule.

White House press secretary Karine Jean-Pierre does not have a press briefing scheduled.

The Senate is on recess until September 6. The chamber will briefly convene for a pro forma session (2:30 pm), a quick meeting held only to satisfy the constitutional obligation of meeting every three days. No business will be conducted.

The House is on recess until September 13. The chamber will also hold a brief pro forma session (11 am).

I have a sequel to yesterday’s story about the 19th Amendment and the state legislator’s mother who ensured its ratification.

Many of you wrote in saying how much you enjoyed the story — but one reader sent me a new detail I didn’t know, something I thought all of you might get a kick out of (literally).

The family of Harry Burn, the Tennessee lawmaker whose vote put the 19th Amendment over the top, owns the oldest continuously operating sock company in the U.S.

Crescent Sock Company — now known as “World’s Softest® Socks” — was founded in 1902 by James L. Burn, the father of Harry and the husband of Febb Burn, who wrote her son the history-changing letter on women’s suffrage.

Today, it’s operated by the great-granddaughters of James and Febb, and it’s still operated in the Burn home state of Tennessee.

But that’s not it: In a nod to their family history, the company sells a line of socks called “Febb’s Boutique,” each adorned with yellow roses — the symbol of the suffragettes.

During the 19th Amendment ratification battle, state legislators wore yellow roses if they supported ratification and red roses if they opposed it. On the day of the Tenessee vote, Harry Burn was wearing a red rose — showing that he planned to vote against the amendment — when he changed his mind and cast the deciding vote in favor, after receiving a last-minute letter from his mom Febb. 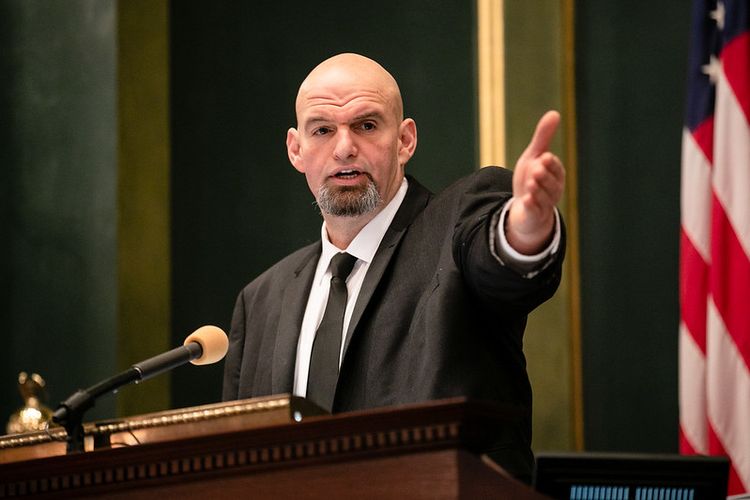